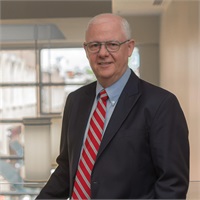 Bob Davidson is a well-known financial advisor, educator, and benefits trainer in Leesburg, Virginia. His retirement seminars have been widely attended by pre-retirees and retirees from the Federal Government, private sector businesses and individuals throughout the eastern seaboard. During his career, Bob has advised hundreds of individuals and families across the nation on investments,

consulted with small businesses and provided one and two day worksite retirement workshops to many Federal Agencies including the U.S. Secret Service, INS, U.S. District Court, Health & Human Services, Dept. of Energy, NASA and others. He focuses on helping pre-retirees and retirees avoid the most common financial mistakes, developing retirement goals and strategies to live the retirement they desire. Hundreds of retirees have used Mr. Davidson's tips and retirement planning strategies to avoid taxes on social security income, help grow their retirement savings, and preserve their estates.

Bob is a 1976 graduate of the University of Connecticut and Auburn University where he earned his Master of Science degree in 1981. He is a Chartered Financial Consultant and an Investment Advisor Representative. To become a Chartered Financial Consultant, Bob took courses and passed ten comprehensive exams covering investments, taxes, and estate planning. From 1976-1979, Bob served with the Peace Corps in Western Samoa helping residents save endangered sea turtle nesting sites and developing an aquaculture site near the capital, Apia. Bob and his wife Alison have three children and live in Hamilton, Virginia.