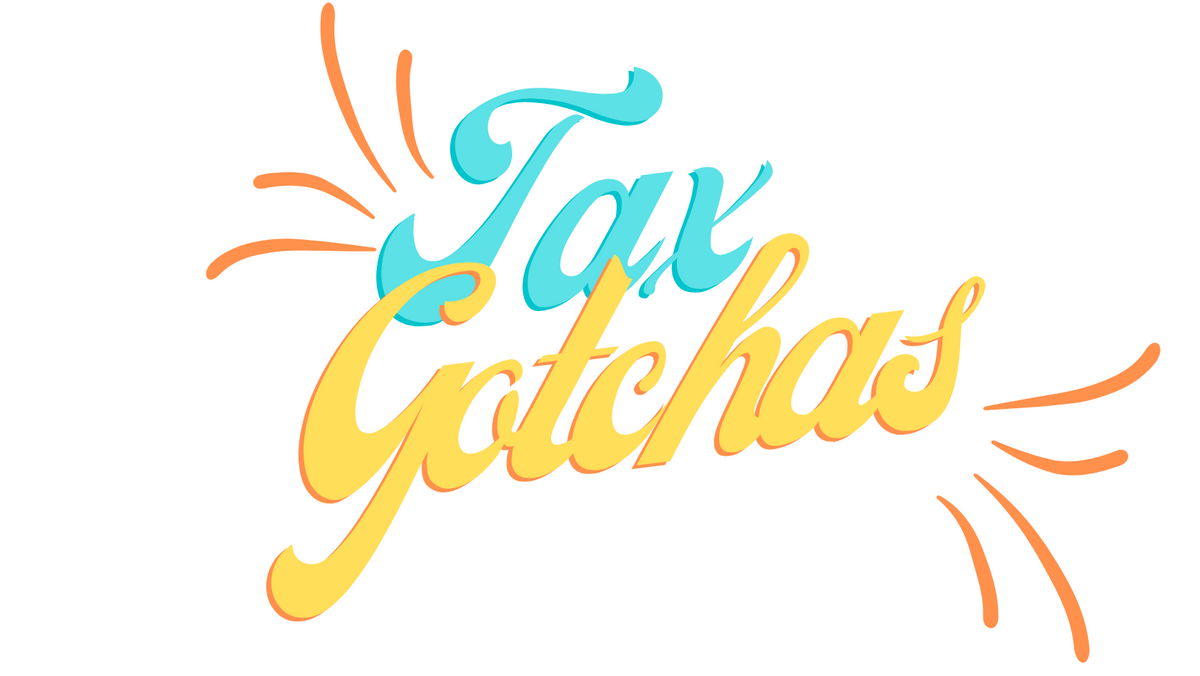 5 Tax Gotchas at or near Retirement

Many people are very proud of their wealth. And why shouldn't they be? They worked their entire life to build their investment accounts and often sacrificed a great deal. However, once they retire and hit the 'distribution' phase, the government changes the rules on them, and these same people could essentially be punished for decades of following the rules and scrupulously saving.

The saddest part is that most people don't know what awaits them around the corner, as they have never retired before and they aren't aware of the potential pitfalls that their accumulated retirement accounts can cause.

Those most at risk are those with Pre-Tax accounts such as traditional IRAs, 401(k)s, 403(b)s, etc. The term pre-tax means that while contributing to these accounts taxes were deferred. Below are the 5 Tax Gotchas to be aware of:

1. RMDs are a burden for life

Literally. Required minimum distributions (RMDs) start at age 72 and only increase from there. RMDs grow based on the IRA account size and they also increase as you age. So, at age 72 the RMD may be only about 4% of the account value (let's say $2M), but that annual distribution grows to 6.25% of the account value at age 85, which could easily be $4M (assuming net growth of 5.5% per year). On a $4M account, that RMD has grown to $250,000 which now needs to be added to Social Security for two people, and you as a couple has racked up taxable income of over $300,000 just like that.

Even worse, there are precious few ways to avoid RMDs once they start.  Qualified Charitable Distributions (QCD) anyone? Even if you were so inclined, they are limited to $100,000 per person. Roth conversion? Sure, but remember once the RMD and Social Security start, there is already a high taxable income which may make the Roth conversion less attractive.

The only remedy here is for you to hire a professional in distribution planning well in advance of age 70 who can position the accounts and institute the proper tax planning before it is too late. The objective is to create a lifetime wealth management plan along with a tax minimization plan, potentially optimizing your wealth.

2. Beware of the expiration of the Tax Cuts and Jobs Act of 2017

To make matters worse, the taxable income (generated from RMDs and everywhere else) could be taxed at an even higher tax rate once 2025 arrives, since the TCJA sunsets at the end of that year. If the TCJA is permitted to expire without any congressional action, then tax rates will be increasing across the board. In addition, the lifetime exemption for estate taxes will be cut in half, adjusted for inflation.

Neither of these changes will be good for wealthier individuals with large IRAs, because the highest tax bracket will increase to 39.6%. Other tax brackets will increase and will also kick in at lower amounts. For example, our hypothetical couple above with $300,000 of income is now paying taxes at the 24% marginal rate, but would be paying in the 33%tax bracket if the TCJA expires. That's a big difference.

To be clear, the expiration of the TCJA is not the only tax policy risk that wealthier people are contending with. There is serious additional tax policy risk, as income inequality is real, and so are budget deficits. Washington, D.C. is determined to politicize the income and estate tax system, with constant party wrangling and major changes along the way.

3. Beware of the Widow Penalty

Many couples file as “married filing jointly," which is an advantaged status for every tax bracket except the highest one. Once one of the spouses dies, then the surviving spouse is filing as “single," which uses tax rates at roughly half of the taxable income of the married filing joint tax bracket. However, the surviving spouse will typically have about 90% of the income, as the IRAs will go to him or her. The widowed person also can step into the higher Social Security benefits, which are often the deceased spouse's (thus giving up their own lower amount, which is typically not too significant). This shift in tax rates can amount to about an extra 10% a year in a tax-rate increase for the surviving spouse.

Not only that, but the widow penalty also effects Income-related monthly adjustment amount (IRMAA) Medicare surcharges, often causing the widowed person to pay more in IRMAA surcharges as a single than the couple did while both were alive. Consider income of $225,000 as a reference point, where the couple would pay $6,000 in IRMAA surcharges versus $7,380 for the surviving spouse. Hardly seems fair, does it?

4. Reconsider leaving a large IRA to your children

The government passed the SECURE Act in December 2019 to make it difficult for you to pass that large traditional IRA to your children. The SECURE Act requires the inherited IRA to be withdrawn over 10 years for most beneficiaries, often thrusting beneficiaries in their peak earning years into a higher tax bracket.

Previously, your beneficiaries could deplete that IRA over their life expectancy, allowing up to 40 years (in many instances) of tax efficient withdrawals. No more. To make matters worse, in early 2022 the IRS released proposed regulations that would require additional distributions from those beneficiary IRAs on top of the 10-year distribution rule put in place by the SECURE Act. The story continues to get worse, not better.

The remedy here is to engage in sophisticated distribution planning well before retirement. Draw down those traditional IRA accounts so the government has less to chase after as your accounts grow.

5. Estate planning is getting trickier and trickier

Income taxes are not the only area of tax law that has become heavily politicized. Estate taxes are also a hot-button issue, with both parties fighting over the ability for wealthy families to pass their wealth to future generations. There have been many proposals during the years, mostly curtailing popular estate planning strategies such as GRATs, family limited partnerships and so on. In addition, the currently very generous lifetime exclusion of $12.06 million is due to expire at the end of 2025 and there have been proposals to decrease it before that time. To make matters worse, while this estate planning requires years of advance planning, often this legislation is passed with very little warning—and can be retroactive if Congress so chooses.

We understand how daunting processing all this information can be. We are always here to discuss any of your thoughts or concerns. Please feel free to send this to family and friends to aid them in their planning. They can schedule a complimentary phone consultation below, or they can reach out to our firm directly to schedule. We are here to be of service in any way we can and look forward to the possibility of helping your friends or family members.

Can I ask you a quick favor? Please follow us on social media! Here’s where you'll find us →